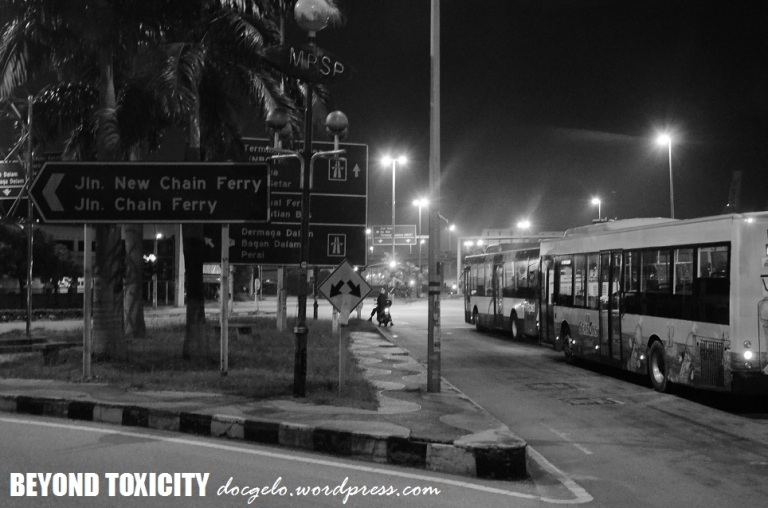 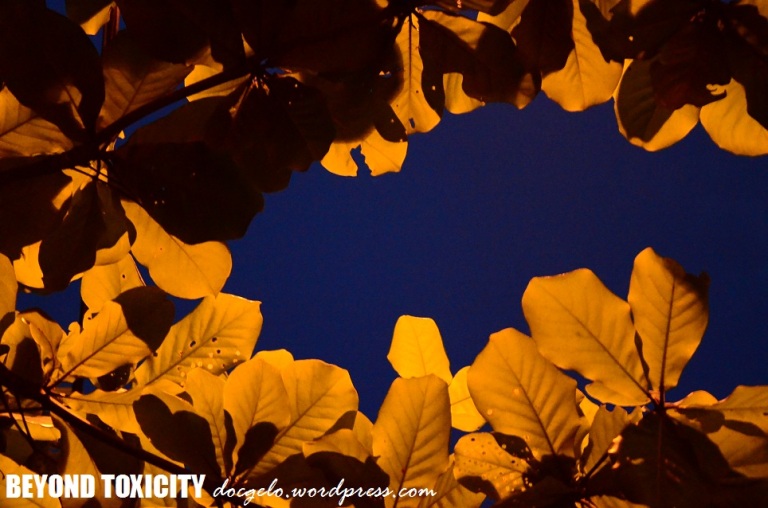 Don’t be deceived by the photos above, they may look as scenes taken at wee hours of the morning but  it was almost seven o’clock when I captured them in a blink, en route to the first scheduled Catholic Mass one weekend (read : Tanghali na kung sumikat ang araw sa Malaysia at gabi na ang paglubog nito). I hopped on the bus at 15 minutes before 7 in the morning with my family in tow.  After the short bus ride, we strolled our way to the church. Gabby, Tina, my mom and I heard the 30-minute Mass in English in this parish called Nativity of the Blessed Virgin Mary.

Gereja Katolik = Catholic Church. The NBVM Church is located at the back of this old chapel.

That old chapel (or was it the parish office now? who knew?) in front of the church compound was always kept locked, or perhaps it was still early to open it. Nonetheless, I found a visual stimulus in its rustic metal padlocks over  textured wooden doors. 🙂

Because it was only half hour past seven in the morning and the mall and the grocery are still closed, we decided to take our first meal of the day in one of the local food stalls across the street.  The eatery or carinderia for us Pinoys, or as Penangites call it, hawkers is situated in front of a small Buddhist temple which apparently caught my attention. 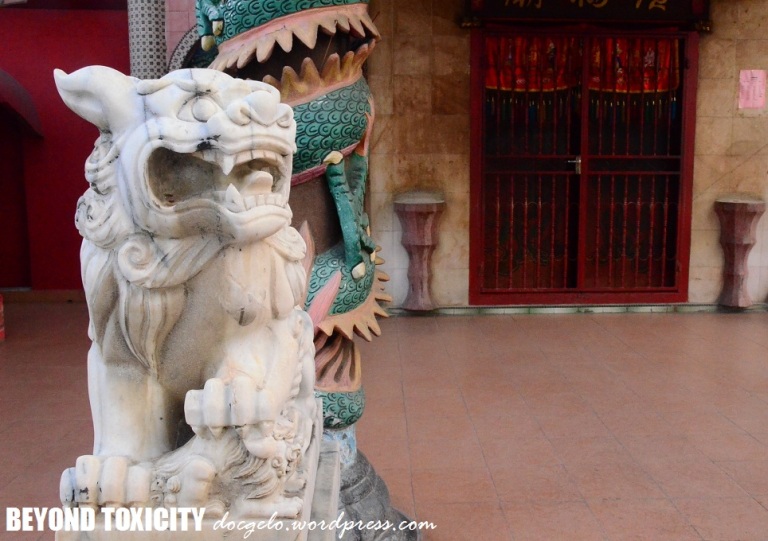 The caridenderia’s big enough to sit 100 people; well ventilated and offers a variety of drinks and tummy fillers.

LOVE at 8 o’clock in the morning… 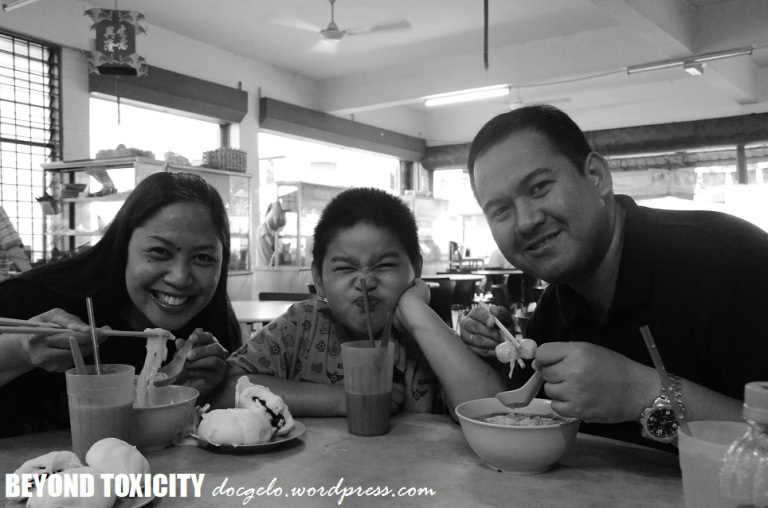 With warmed stomachs, we took another bus ride to one of the malls in Penang mainland. 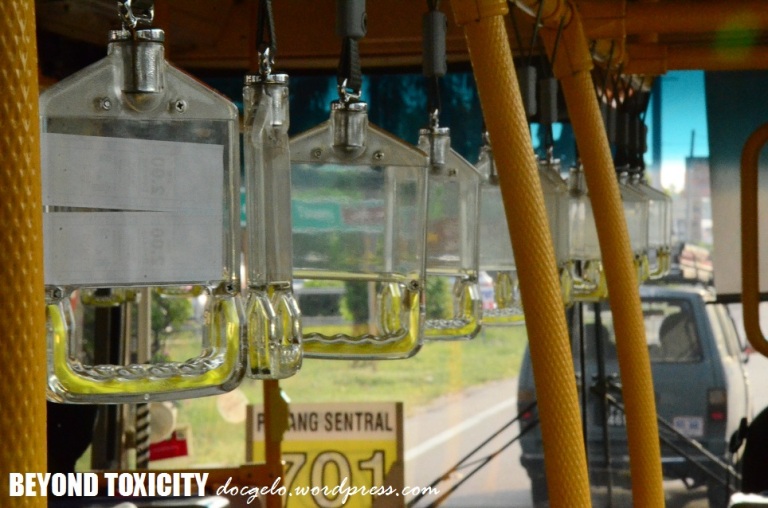 Lunch was done in McDonald’s, in favor of Gabby’s collection of Happy Meal toys currently featuring his favorite, Spongebob. Then we decided to see a movie at around 12:30PM.  It has been a while since we last munched caramel popcorn inside a cinema.

After the movies, must buy groceries…

After the groceries, must satisfy growling tummies again! 😉  We had purple yam balls which we didn’t like (nothing’s special),  taho or what they call here, tofoo far with brown sugar syrup, 3 bowls of dried scallop congee that we topped with fried bread called yoo tiao from the restaurant called, I love Yoo. The congee bowls were made even more tasteful with a dash of soysauce and sesame oil.  A tall glass of cold soya for Gabby, and a cup of white coffee for me completed the light meal. Solb!

We could not be unhappy when there are more reasons to be grateful! 😉

14 thoughts on “JOY IN SIMPLE THINGS”