Our son’s preschool teachers had scheduled their one-hour orientation today since it’s a national holiday for the celebration of Philippines’ Independence Day, so even working parents like us could attend.  After our meeting with them, my wife Tina, our son Gabby and I went to TIENDESITAS  in Ugong near Ortigas Center, Pasig City for our lunch thus we became part of this scene… 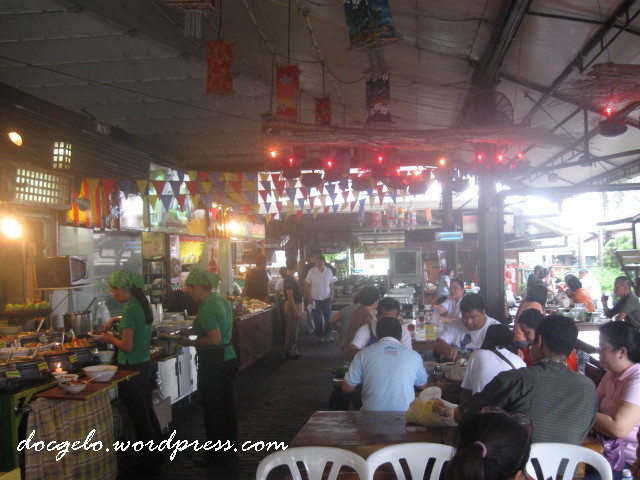 Tiendesitas, organized and developed by the same people behind Greenhills Shopping Center, is a shopping haven that only promotes nothing but Philippine-made products. It’s comparable to Jatuchak in Bangkok, Thailand but only a smaller scale since Jatuchak weekend market is one of the largest in the world. We’ve also been there back in January of 2004 for our honeymoon and we saw it’s really humongous with countless stalls to choose from.

Since it’s an open-air-food-court-fiesta-type- dining in Tiendesitas, we sorted out our meals from 3 different food stalls. 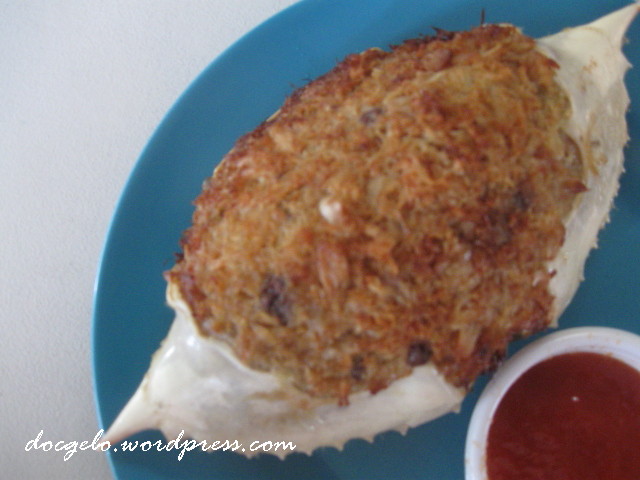 CASITA BIBINGKA is one of the many choices at the Food Village of Tiendesitas that offers affordable Pinoy dishes. 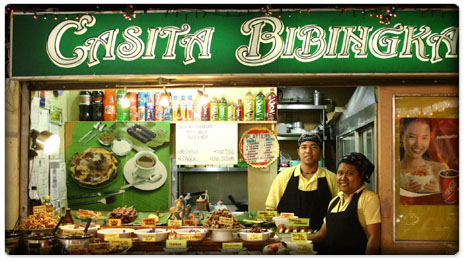 We also had ADOBONG PUSIT, PhP 130, delicious with those tender squid in that authentic adobo flavored sauce however we found it a bit oily for us. 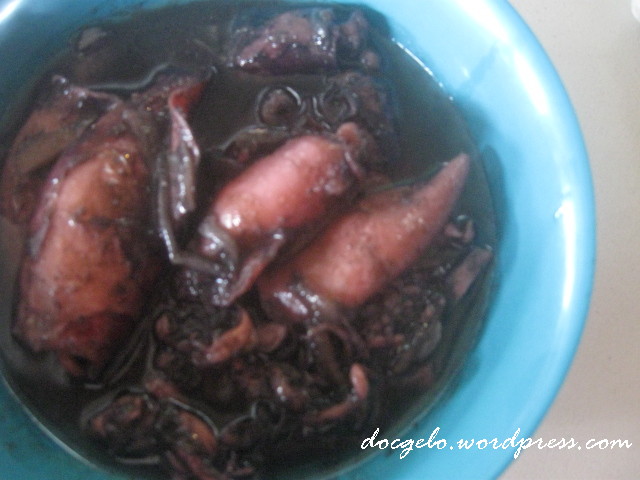 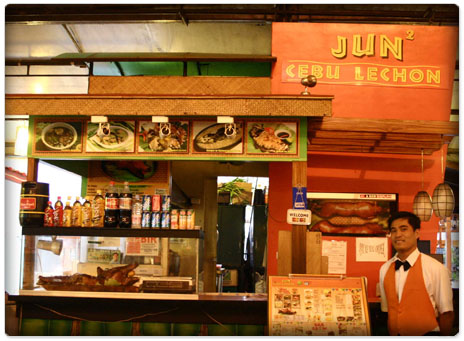 It was a delight for me to see JUN2 CEBU LECHON that offers native roast pork, LOL.  I ordered 25 grams of that sumptuous Pinoy pork dish, PhP 175.   It was delicious sans gravy or sauce.  It’s roasted skin, though cholesterol-rich, was crispiest and crunchiest.  It’s meat was so tasty from various herbs and spices and saltiness filling that the pig had while roasting made it distinctly delicious from other LECHON across the country.  Lechon Cebu was noted by US Chef Anthony Bourdain no less as the most delicious in the entire planet besting roasted pigs from Puerto Rico, Hawaii, Bali and other places; was even documented not only in Bourdain’s No Reservations cable TV cooking travel show but in Time magazine as well. 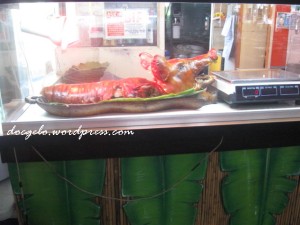 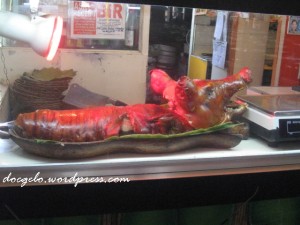 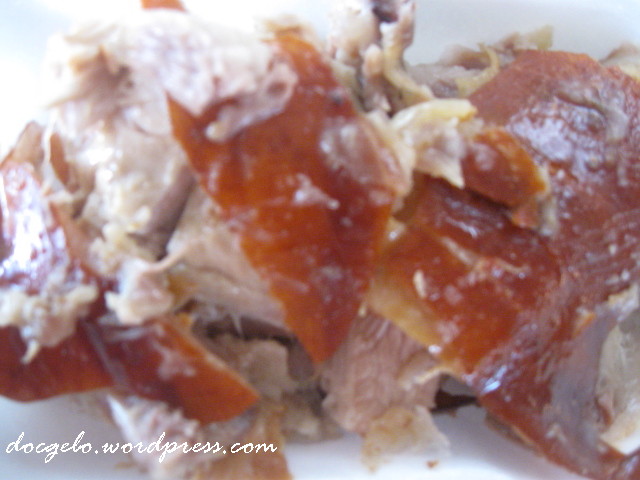 After our lunch, we went from stall to stalls in Tiendesitas and before heading home, Tina and I grabbed a bite at Vigan’s EMPANADA from MAC’S DELI VIGAN EMPANADA and OKOY.   Each Vigan empanada made and fried in front of you is sold at PhP 40 each or PhP 110 for 3 empanada.  What makes Vigan Empanada different ?  It has crunchy fried wrapper and one whole egg in veggies-filling,  perfectly dipped in Ilocos native vinegar or sukang-Iloko. 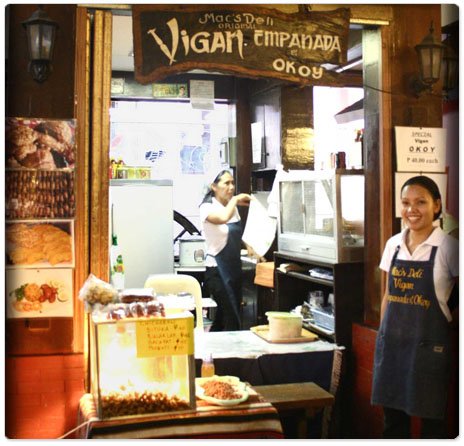 Although there’s a better version of Vigan empanada in Glorietta foodcourt and nothing beats the taste of the original Vigan empanada cooked and sold by the manangs in front of the church and plaza in Vigan, we found Mac’s deli Vigan empanada not that bad to satisfy one’s craving. 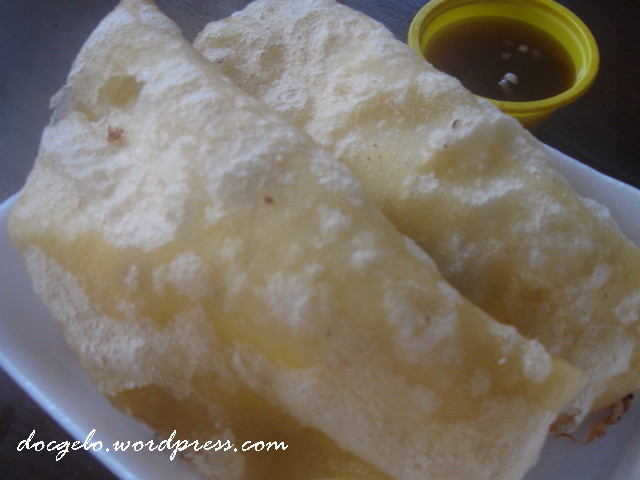 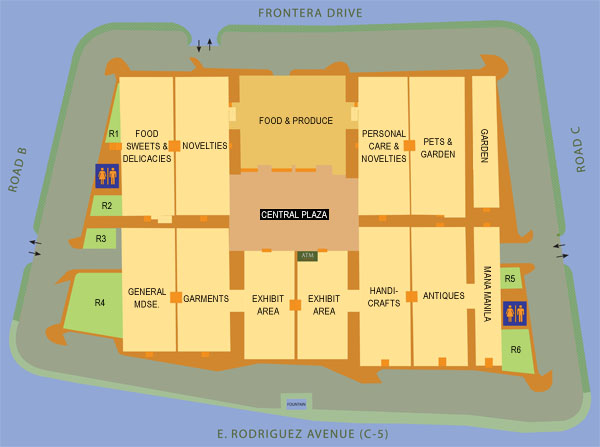