The other day, my wife Tina and I went to Ylaya Street in Divisoria where textiles are cheaper than you can imagine, to buy what else but cloths.  We want to update our wardrobes so we bought materials for her uniforms and my blazer which we wear at work.  We’re sending it to our costurera / tailor who usually does our workwear for the longest time.

But just before spotting that immaculate uniform and suit materials, we went first to 168 mall.  Have you been to 168 in Soler Street?  It’s an airconditioned haven of cheap finds and a paradise to hagglers.  Most of the items for sale are from nearby Asian countries where labor, just like here in Pinas, is cheap !  We go to 168 mall usually to buy party needs -from invites, to party hats,  balloons to loot bags and giveaways!  We go to 168 mall and Juan Luna Street in Divisoria for nice finds like towels, socks, handkerchiefs in good quality but of  lesser price.  Onions and garlic and other farm goodies such as broccoli, carrots, cauliflower and fruits are also sold in the sidewalks of Divisoria.  However, the disadvantages of going to Divisoria are the traffic (so I suggest you commute or take LRT/MRT), the snatchers (no-wearing of anything that sparkles, lol), and the fetid streets ofcourse. Nonetheless, I’ve seen Madame Imelda Marcos herself before at Tutuban mall, and what I’ve seen on news on TV that she also went to 168;   the likes of Tessa Prieto-Valdez too, is a self-confessed  Divisoria shopper.

Just when Divisoria shoppers are in need of quick bites, there’s a huge foodcourt  in 168 mall, now with commercially known fastfoods (McDonald’s, Jollibee, Greenwich, Chowking, Tokyo Tokyo, Reyes BBQ etc.) other than food stalls that can only be found in that Chinese-populated district.  During our last visit, we dined for few minutes at an uncommon fastfood, not only to experience again 168 food, but primarily to fill in our hyperactive stomachs then, and made sure that we”ll be loaded in time for traffic going home.

Tina and I shared these Divisoria yummies, lol …

Although I have preference for Ferrino’s and Kamayan’s, the bibingka (rice cake) of Aldrino’s in 168 mall is a must-try.  Though it doesn’t have muscovado sugar, instead has the usual refined white sugar, coconut shavings and butter, nevertheless, it has the right melt-in-your-mouth tenderness and slices of salted egg that provides contrast to its sweetness.

We had two orders of Aldrino’s bibingka at PhP 60 each. 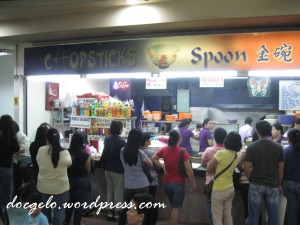 See the crowd ?  Despite the long queue for ordering, and the wait to forever before you can have your food, the photo speaks for itself that this stall at the foodcourt of 168 mall sells hotcakes, err, chinese menu that most shoppers crave for. So we also lined up not only to experience what others are having but to have a break from the commonest fastfood food. 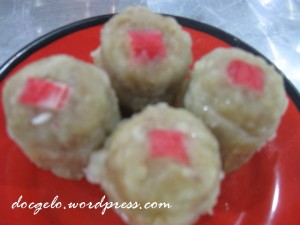 Have you been to Divisoria ?  How’s your experience in shopping there ?